Hi! How are you? Me I’m great. I’ve been really busy lately and blogging and running haven’t been priority. I’m glad to have my schedule calm down because I’ve finished rehearsals for my musical!

As you all know, I love setting goals. It’s been a while since I’ve set one, but the last few goals I’ve set have been pretty easy and tangible as far as goals go. They haven’t really felt like goals, so much as they’ve felt like things I wanted to do, disguised as goals.

I finally decided after my musical was over that it was time to set a goal, a big one, but one different than my usual goals. So I’ve set a goal that’s always been an overall goal, but I’ve finally put a time and date on it. I’ve been scared to put it into words, but it’s time.

Goal: I am going to PR my half marathon time at the Eugene Marathon on April 28, 2019

I was chosen as a Eugene Marathon EMbassador for 2019 and originally planned to do the marathon at the event but after milling on it run after run my heart wasn’t into the idea of the marathon. I love the marathon distance and will I’ve done two in 2018 after CIM this December, but my mind was intrigued with the idea of finally breaking the number that’s been haunting me since May 2016, 2:26:01, a race pace of 11:08 per mile. I PRed at the Windsor Green half marathon. 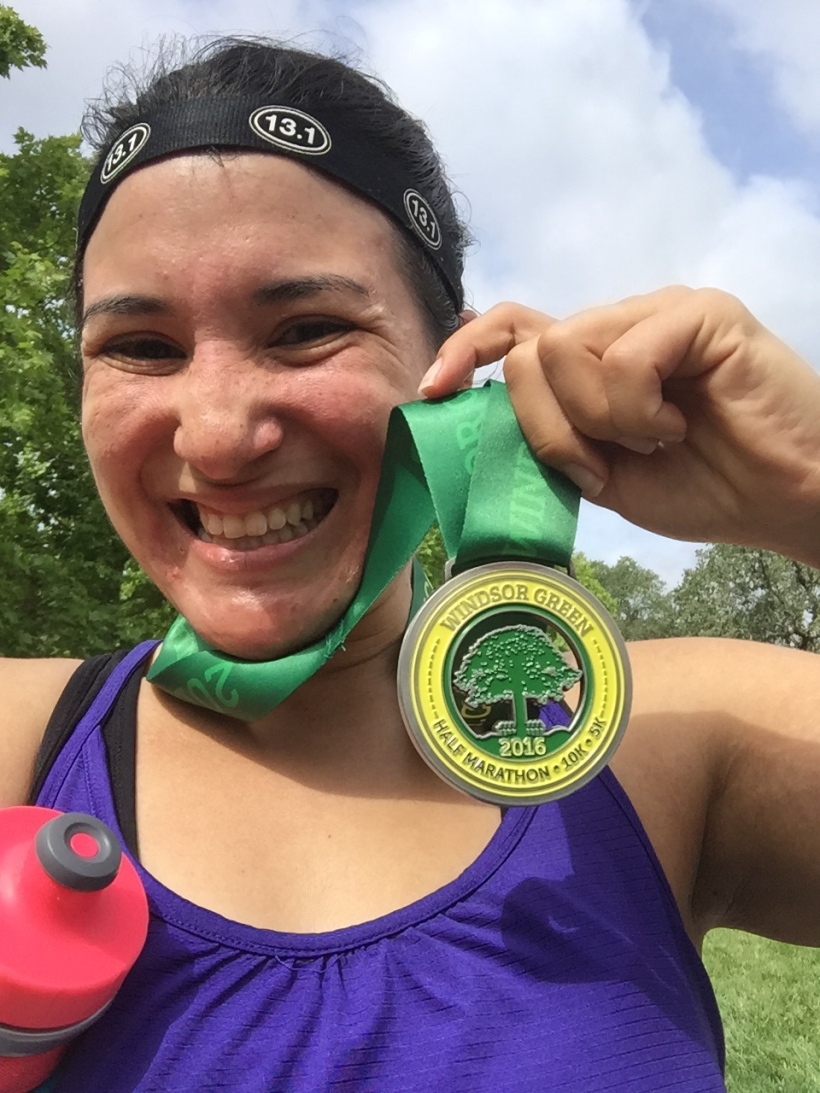 Now, my marathon time is far, far from that right now with what I’m fairly sure my only factor being my weight. I’ve remained active and consistent in my activity for the last few years, but have gained 40+ pounds since I PRed my half marathon time. That being said, I still need a plan to get me to race day.

If I’m being honest, I know this is a good goal because it excites me and also terrifies me. I have to put in a lot of work, but it is work that will feel good and I look forward to.

If you tell someone your goal, it makes it more real. So here I am, telling all of you, I am going to PR my half marathon time at the Eugene Marathon, 2019!

(If you want to participate in the Eugene Marathon, use coupon code VANESSAEM19 for a discount on the marathon or half!)

One thought on “When you set a goal, an actual goal, and are scared.”